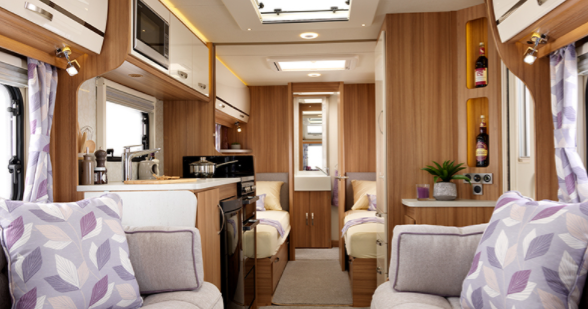 We left Dartmoor on the 15th of October and moved into Cornwall, specifically to a site called Tehidy Holiday Park near Redruth, and there, we had absolutely no problem with social distancing because we were the only van on site! Unfortunately, for a fair bit of our 2 weeks there the weather was once again on the  inclement side so we continued to have to tog up and brave the elements, and at night the van often rocked and rolled with the gales that blew in from the Atlantic Ocean. But that certainly made for some very dramatic walking and when we visited which lie a little north of St Just, the wind very nearly picked us up and chucked us into the sea, and if you use your imagination you might be able to appreciate just how difficult (and funny) it was trying to don our wet weather gear in the raging gale! But maybe we shouldn’t have bothered because by the time we got back to the car the penetrating rain had managed to insinuate itself into every orifice and even our undies were ringing wet! Some of our other outing’s included a walk from Sennen Cove to Land’s End, a trip to Kynance Cove and a visit to Cape Cornwall which is nearly the most Westerly Point in England. But then after enjoying 14 days of all that this area of Cornwall had to offer this little jaunt sadly also came to an abrupt end because the camp site we were staying on closed for winter at the end of October and the one we were planning to go to was in an elevated spot right on the coast.

Read the full article from John & Lin’s Continuing Adventure in Their Caravan.